Cara VR is the latest tool in the Foundry arsenal. Cara VR is a plug-in for Nuke for both studios and individuals who are creating live-action VR content. Cara VR greatly increases the speed of stitching and composition of 360° video footage,  which can often be both challenging and tedious. Cara VR’s frees up the artist to enable them to focus on what they do best, creating amazing immersive content. 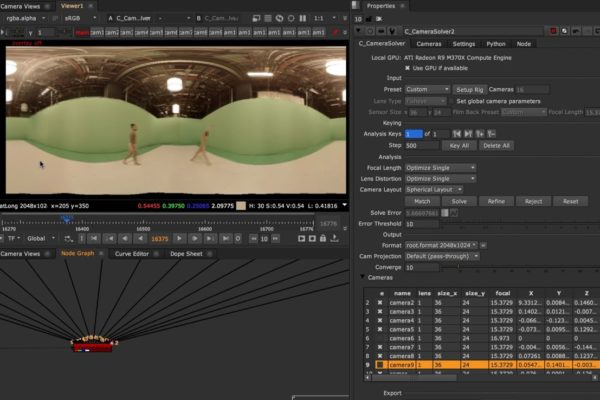 The GPU-accelerated Stitcher in CARA VR lets you create a high-quality 360° stitch for both mono and stereo output directly in NUKE. Built on the disparity technology in OCULA, CARA VR creates a seamless stitch without artifacts such as lines and ghosting, even on moving scenes. Split apart the stitch to make manual adjustments on individual camera views if needed, quickly export STMaps and UV maps, and easily share stitch setups between artists.

Auto exposure settings or environment lighting can cause exposure and white balance differences between cameras, resulting in distracting visual mismatches. With CARA VR, you can automatically correct these differences during the stitching process, producing a single exposure across all cameras with minimal manual adjustment. With a unified exposure, you can produce subtle lighting effects, for example by animating a change in gain over time.

360° tracking and stabilization With a specialised feature-point tracker optimised to handle distortion and continuity at the edges of lat/long images, you can track and paint or merge directly on stitched 360° footage. Track and stabilize footage during or after stitching to remove excess motion in order to produce a more comfortable, dynamic VR experience without compromising quality. Stabilization data from NUKE’s built-in Camera Tracker can also be used as part of the workflow. 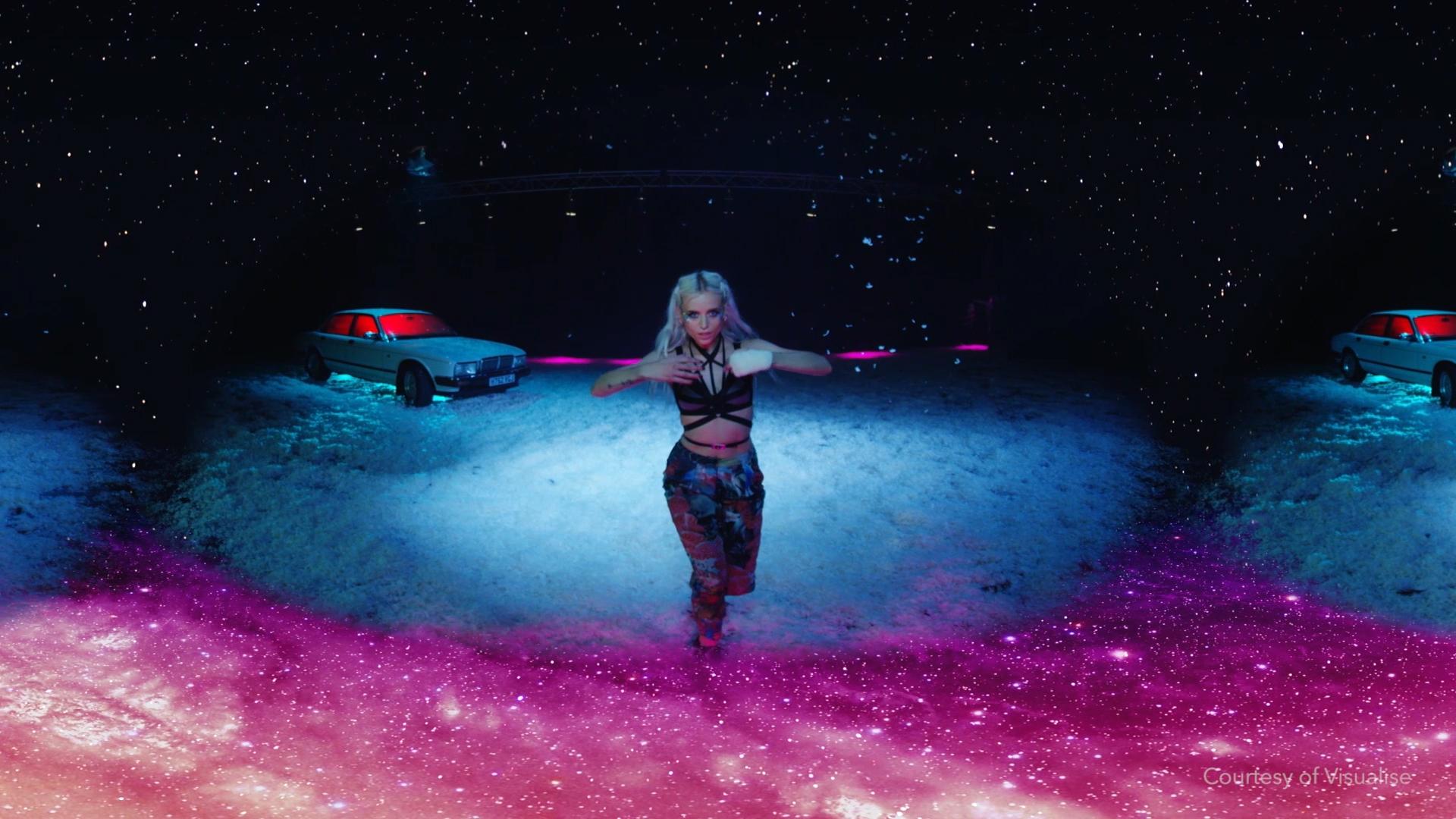 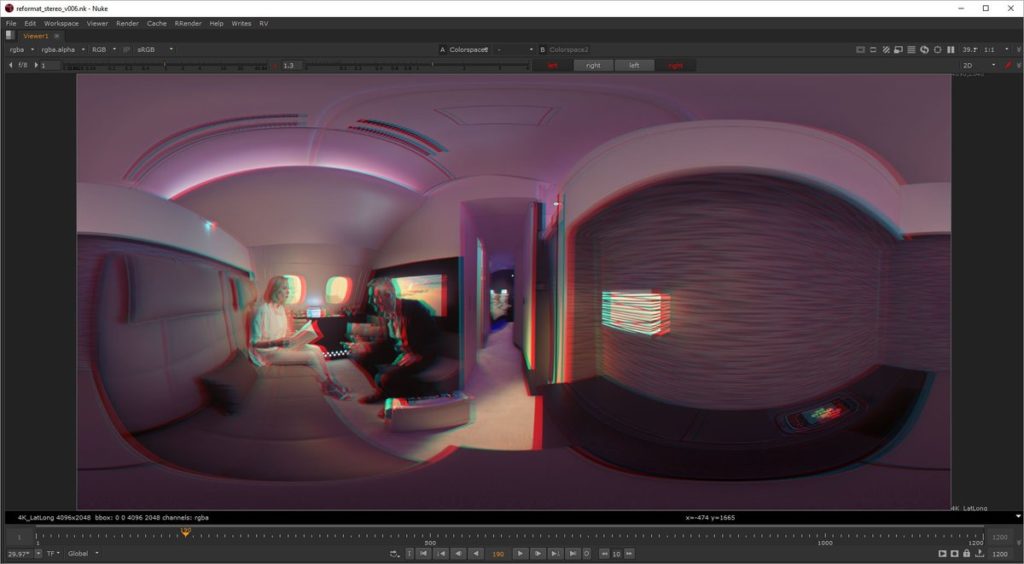 VR compositing workflows CARA VR offers a GPU-accelerated toolkit that speeds up compositing tasks by providing the ability to use NUKE’s full set of compositing tools directly on 360° material, including built-in node toolsets that make it easy to quickly roto, paint and track. A new Spherical Transform node lets you work with rectilinear, lat/long, cube map and fisheye projections, change between them at any time, and export in your choice of format for delivery. In addition, you can apply any convolve or blur effect across the 360° material.

360° stereo rendering and slit-scan shader The version of NUKE’s ray trace rendering engine included with CARA VR offers additional support for stereo lens models, together with a slit-scan shader that can control the depth at the poles in 360° footage, resulting in a more pleasant VR viewing experience when looking up or down. The depth falloff can be controlled to match common stitching and rendering patterns, ensuring consistent results across the post pipeline.

Headset review With support for popular VR headsets, you can preview your project in NUKE’s viewer and while playing it back from NUKE STUDIO’s timeline, without the need to export to a separate review application. CARA VR includes support for the HTC Vive and Oculus Rift CV1 on Windows and the Oculus Rift DK2 across Windows, Mac and Linux operating systems.