InfinitySet can handle any requirement from advanced tracked virtual sets to simple trackless environments.
InfinitySet features comprehensive XR workflows and can include data-driven 3D graphics for AR applications.
As LED-based XR is becoming increasingly used, Brainstorm has developed new features that allow for easier, faster and more integrated creation of immersive XR content specifically designed to be displayed on large LED videowalls. With these features, Brainstorm clients will see their XR content creation significantly accelerated, when creating in-context AR in LED walls, XR Set extensions, or even backgrounds for film and drama production. InfinitySet is the ‘go to’ solution for all types of LED-based XR, Immersive Mixed Reality and Set Extension requirements. 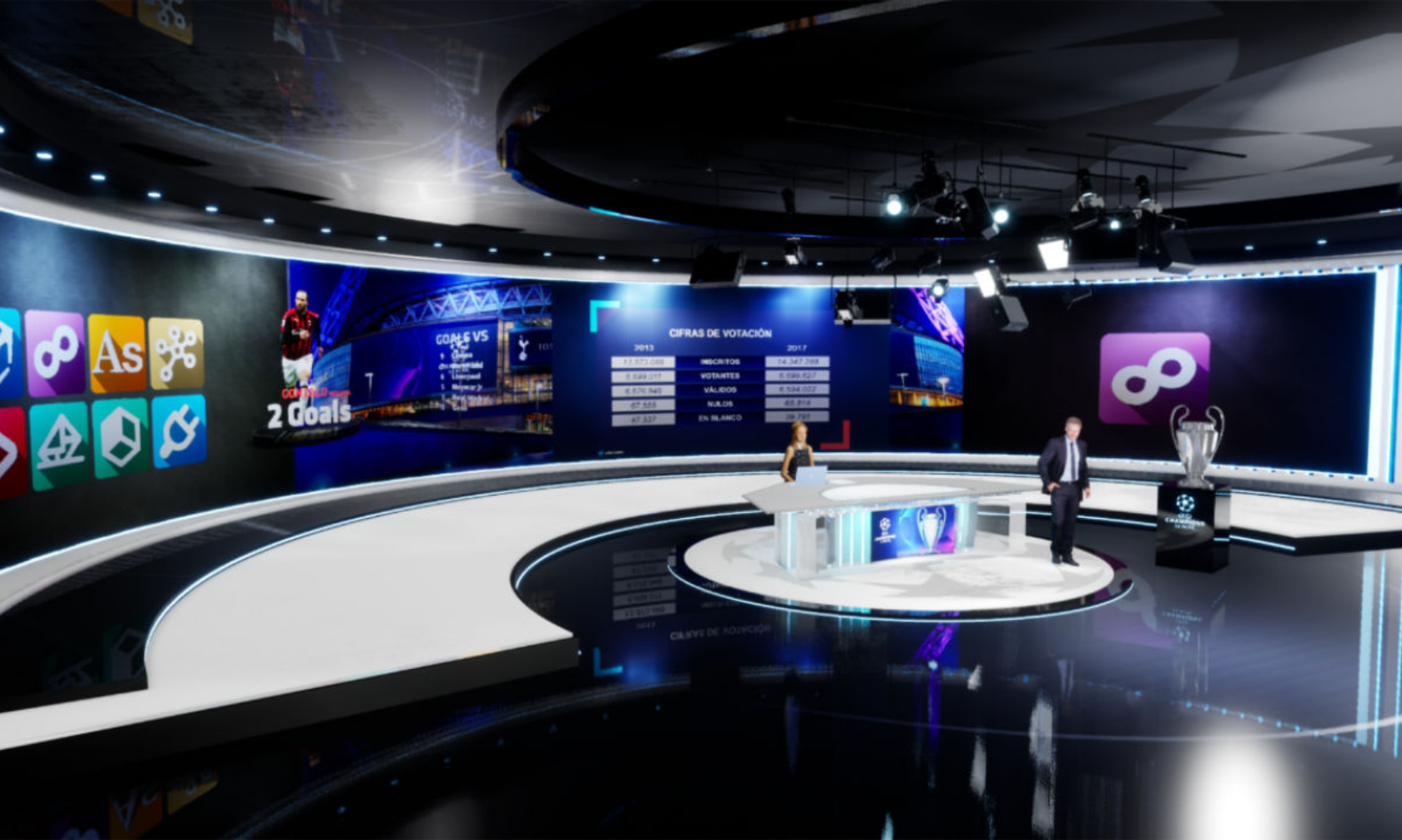 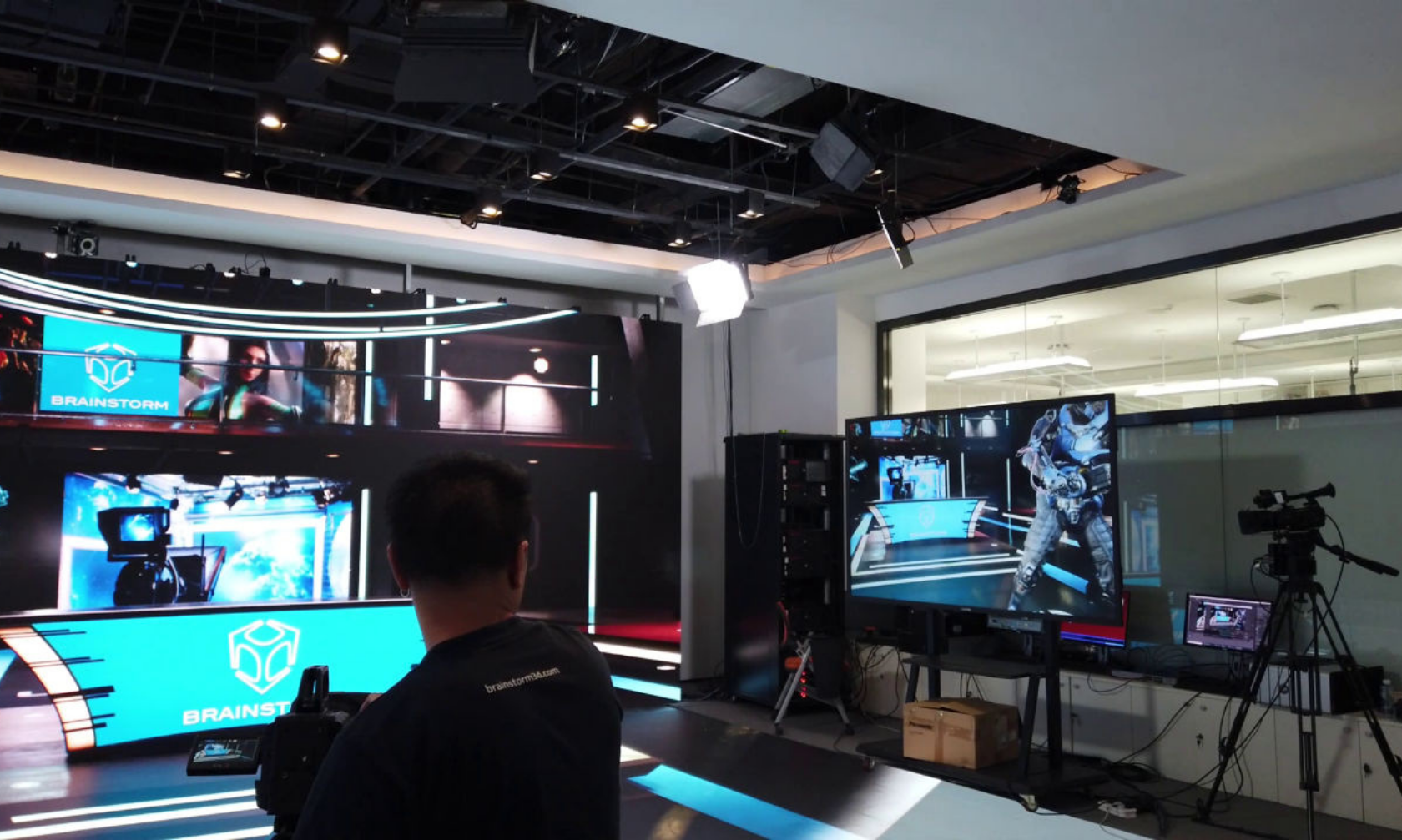 InfinitySet features an Unreal-native behavior, so it can achieve anything Unreal Engine provides. The added value of this configuration is the multitude of benefits of including more than 25 years of Brainstorm’s experience in broadcast and film graphics, virtual set and augmented reality production, including data management, playout workflows, virtual camera detach, multiple simultaneous renders and much more, all these added benefits of using the Brainstorm environment. InfinitySet can use Brainstorm’s own eStudio render engine, Unreal Engine as the only renderer or even combine then (Combined Render Engine). 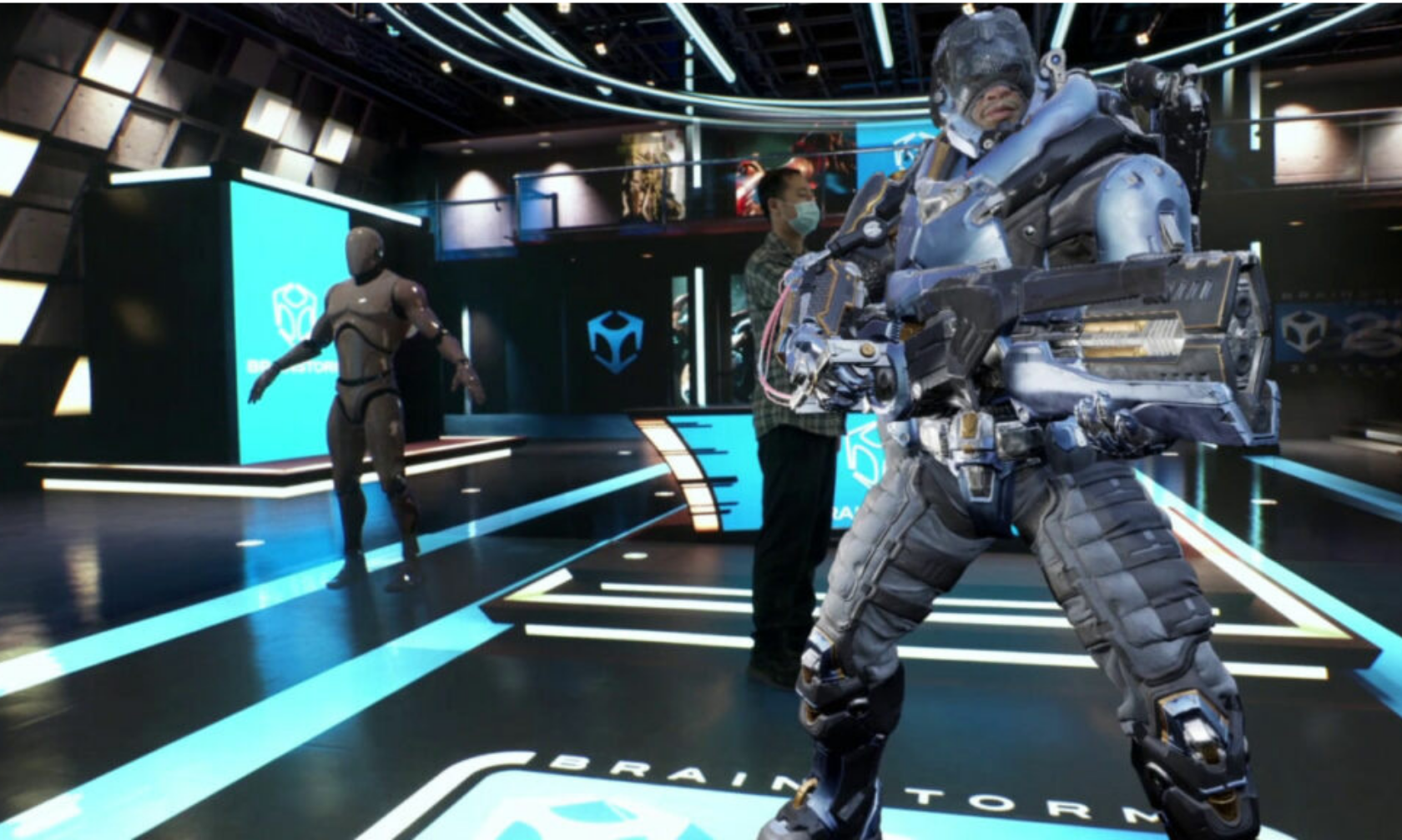 With Suite 5, InfinitySet can integrate UE objects directly, pixel and color accurate, within the InfinitySet 3D world, as another InfinitySet object, so any object created in UE can be exposed like any other object, perfectly integrated. This feature also allows for the AR objects to reflect the environment while maintaining their properties (reflectivity, lighting, refractions…), allowing for the seamless integration of all the components of the scene.
Menu